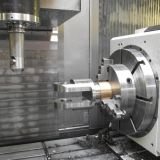 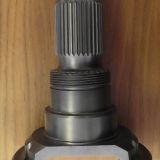 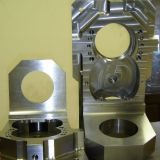 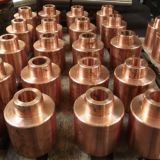 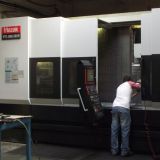 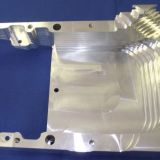 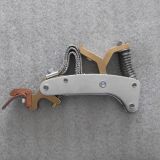 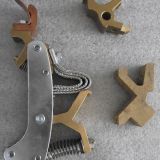 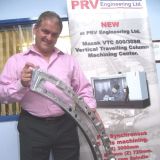 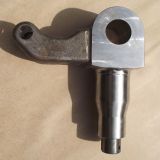 A Welsh engineering subcontractor installed EDGECAM to manufacture particularly complex components – then discovered a new feature of the software could revolutionise the way it produces simple parts.
Workflow, which was introduced in EDGECAM 2013 R2, means that PRV Engineering Ltd is looking to put everything it manufactures through EDGECAM. “Previously I’d never have considered programming something like half a dozen holes in a copper plate, with EDGECAM,” says Managing Director Simon Jones. “But using Workflow, I just import a STEP file, press a button and it does it.”

“Without EDGECAM we certainly couldn’t have moved into some of the markets we’re now in, such as defence and specialist automotive. EDGECAM gives us the ability to produce high precision, highly complex parts, that we just couldn’t have attempted before.”

PRV Engineering started using EDGECAM around 18 months ago for its 3-axis and 3+2 machining, and is aiming to begin full 5-axis simultaneous machining shortly. “Without EDGECAM we certainly couldn’t have moved into some of the markets we’re now in, such as defence and specialist automotive. EDGECAM gives us the ability to produce high precision, highly complex parts, that we just couldn’t have attempted before.”
Amongst those parts: drive shafts for an eight-wheel, nine-tonne military vehicle; tank components; support struts for a gas turbine on board a ship; and a 42-kilo gear box and actuator for a ship’s stabiliser which was machined from a 250-kilo billet. “It would have been impossible to work out the tool paths for that without EDGECAM.”
EDGECAM is also proving invaluable in their prototyping of helicopter and submarine components, as well as helping to open doors for Formula 1 and aerospace.
While they manufacture components for a wide range of sectors, including food and chemical processing industries, railway, petrochemical and construction, their largest customer base is for high, medium and low voltage power equipment, such as bus bars, connections, breakers and trips.
But whatever the component, whether it be complex or simple, Simon Jones intends to run everything through EDGECAM: “I see PRV’s future being shaped by progression with EDGECAM, particularly Workflow, which will become an integral part of our manufacturing process. Workflow makes everything so simple and quick that we even put the bus bars and just a couple of holes through it. I installed EDGECAM to do the complex things, but it’s doing the simple things much faster than we did before. We just press a button and it finds the features, then programs the part using the tool file and the job’s done.”
As well as Workflow, Simon Jones finds two other features of EDGECAM to be particularly useful: the ability to fully interrogate a STEP file, and Waveform Roughing. “I use Waveform all the time when we’ve got a lot of machining to do on complex aluminium shapes. When Workflow was choosing strategies for us on a recent job of cutting slots it used a couple of Waveform strategies. That’s something we wouldn’t have thought of, but we gave it a go and it was extremely successful.”
Interrogating a STEP file assists right from the initial enquiry. “It means I can get fast, accurate quotes out. I take material data such as mass and weight if I need it, dimensions, hole centres and overall sizes to quote from, and I know what metal size I need to make the part.” Also, EDGECAM’s ability to predict how long the job will take improves PRV’s production planning, as they know the time each machine will be in use.
“And it lets us change things quickly, if we need to. It’s so easy to go back in, change something and repost it. Doing that without EDGECAM would be a nightmare because of the complex shapes and radii.”
Having recently employed an additional programmer with extensive EDGECAM experience, primarily to work on routine 3-axis milling, they have now installed a second seat of the software.
Simon Jones’s ultimate aim is to make life easier on the shop floor, too, by utilising information provided by EDGECAM ahead of cutting metal, so the machine operators are supplied with the metal for their next job, along with all the tools, meaning they don’t need to go to the stores. “I want everything to be there for them, and all that can be done from within the files and the information given to us in EDGECAM. I’m working towards everything being produced like that.”
As part of a £1.2-million expansion, they have extended their premises in Pontypool, Gwent, from 29,000 to 38,000 square feet, and added four new machines to their 40-strong shop, including another  Mazak VTC-800/30SR vertical travelling column machining centre with full 5-axis simultaneous milling; a Mazak Integrex i400 multi-tasking machining centre; and a DMG Mori Seiki, all of which have been set up with Renishaw inspection plus probes and software.

“Without EDGECAM we certainly couldn’t have moved into some of the markets we’re now in, such as defence and specialist automotive. EDGECAM gives us the ability to produce high precision, highly complex parts, that we just couldn’t have attempted before.”
Simon Jones, Managing Director